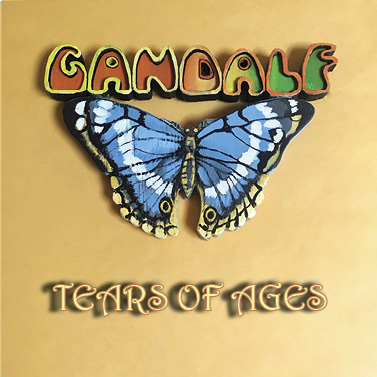 
Back by popular demand, A 21st century GANDALF album in the spirit of the legendary 1969 original. Produced by original
GANDALF singer-guitarist, Peter Sando, it features songs by Tim Hardin, Fred Neil, Garry Bonner & Alan Gordon, Jack McMahon and Bob Jenkins, plus 6 new Sando originals. Also a new recording of the classic “Can You Travel In The Dark Alone”

Included:
“Tears Of Ages” This song appeared as a live
version on Gandalf 2, recorded in the last days of the band’s existence. Sando has added a 3rd verse and produced a proper studio recording that serves as the title track.

“Misty Roses On A Stone” (Tribute to Tim Hardin)
Peter explains “A few years back, while visiting my friend and co-writer Jack McMahon in Oregon, we paid our respects at Tim’s resting place. Jack picked some fresh roses from his garden and I threw my Martin 00-18 in the backseat. We then set off for Twin Oaks cemetery and sang some tunes along the way. It was a somber and moving experience, and we later wrote this song based on that visit.”

CD Bonus #2 “You’re Free”
(a/k/a “Don’t Get Surrounded By Everyday Things”)
This track was intended to be a followup to the
Barracuda’s “The Dance At St. Francis” in 1969, but was shelved due to production issues. Now, this lost Bonner & Gordon gem has been lovingly recreated by Peter from an acetate preserved in his library. Jack Nitzsche’s stunning arrangement, coupled with
Sando’s spot-on vocal, serve up a colorful pop
masterpiece in the spirit of the classic sounds of the
late 60’s.